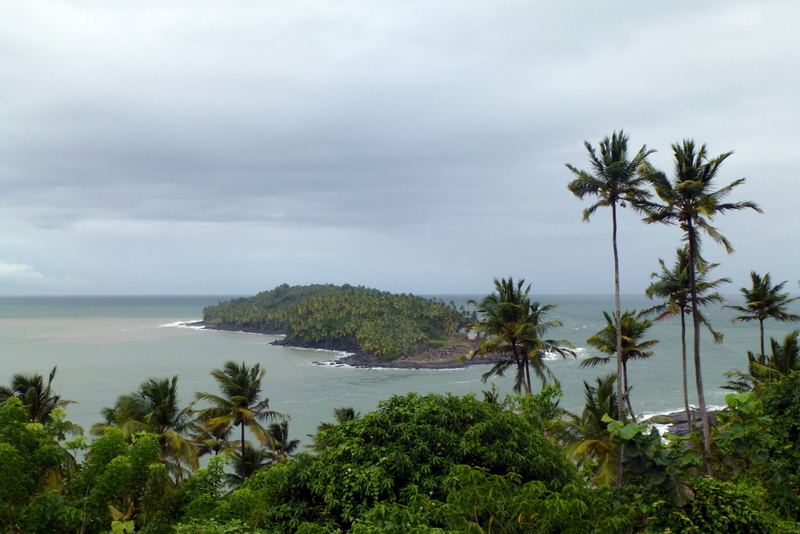 The French first settled in (current days "capital") Cayenne in 1643, but they were troubled by hostile indigenous people and diseases so the intended plantations never really took off. The following years there were countless conflicts with the English and Dutch but in the end the French got control; however as slavery was abolished in 1848 the few plantations closed down.

Instead the French opened a penal settlement on Iles de Salut (Salvation Islands - the picture) and began sending prisoners to the colony – the idea was to help develop the colony as the prisoners had to stay in Guiana after they were released, but it didn't work as 90% died of diseases. Neverthelesss, the penal system lasted until 1953. Guiana became part of France in 1946, but not until work on the space center began in 1964 did the economy start growing. Since then France has invested a lot of money and in the cities there is a near-European standard of living; however the countryside comprising primarily indigenous people is still fairly poor. Most prosperous are the refugees from Laos (Mid 1970s) providing 80% of the country's produce despite being only 1,5% of the population.