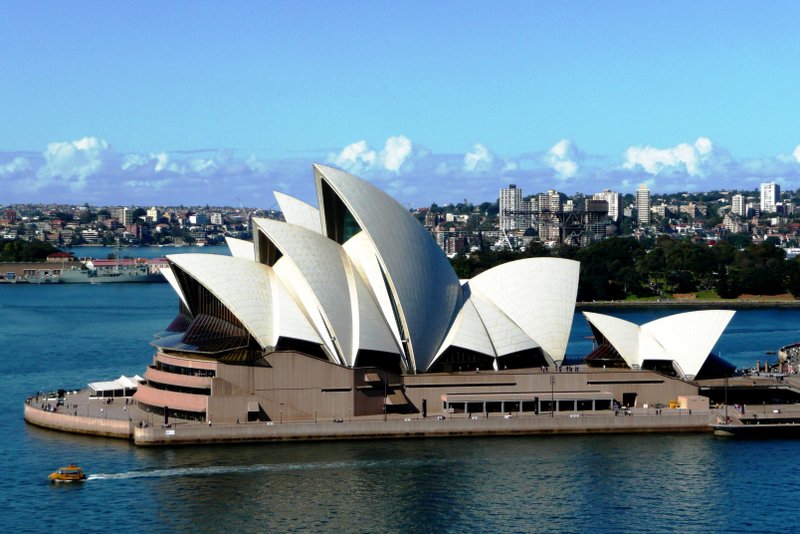 After a great adventure in North America doing two epic bike journeys it's time to change continent. I've been to Australia several times before mostly travelling the east coast. This part of the country is fairly developed and looks like countless other places around the world with it's many beaches. I never felt like I had experienced the "real" Australia, which is the purpose of this visit. In order to do that my initial plan was to bike along the coast from Sydney to Darwin including a detour to Tasmania. However, biking down through Canada I met an Aussie who recommended heading inland from Adelaide to Darwin and then west along the coast to Perth - this should imply tailwind all the way and especially prevent having to battle fierce headwinds on the west coast. The downside is having to bike 3,000k (1,900 miles) through the desert with 40-50C (104-122F) in the shade of which there is none. Since there is no need to make a decision before I get to Adelaide I'll just wait and see what happens.

After 6 weeks with little bicycling (and no other exercise) I'm already out of shape but the good thing is that I've managed to gain close to 15 kilos (33 lbs). As always it will be tough in the beginning especially as my first destination is re-visiting the Blue Mountains west of Sydney. Mentally I feel ready though along the way I might have to struggle a little with the facts that there are many long desolate stretches and no "goal"/few highlights. Having visited the country before I expect to continue encountering friendliness, helpfulness, hospitality and generosity from the many interesting people I'll meet along the way. Another epic journey is about to begin.